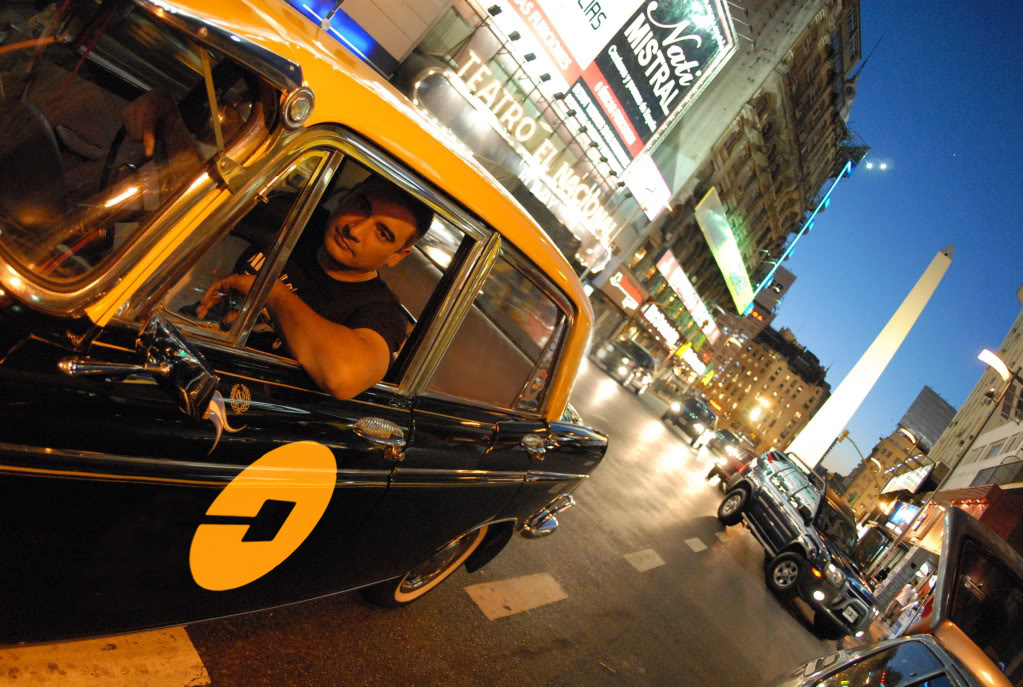 Access roads and traffic in major cities around the world are collapsing (or about to collapse) because of the huge number of cars added to the fleet every year. To service and host these vehicles, millions of acres are required for parking (there are over 19 million parking spaces in Los Angeles County [1]) which are insufficient during working hours and then remain empty at night and during the weekend.

Diesel, gasoline and natural gas used to fuel cars, which may carry only one or two people at a time during commute hours, could be used for other purposes, i.e. for electricity generation or to feed the natural gas system [4].

It is estimated that world energy consumption by cars is about 500 billion gallons per year [1].

The “on demand” service operated by independent owners (regulated by a governmental authority) would enhance the public transportation system and improve access to faraway places and during night hours, when traditional train, bus and subway networks do not operate or do so on a reduced schedule.

5. Job generation and a new source of tax revenue

Services like Uber would have the dual benefit of creating new jobs for people and a new source of revenue for the treasury, if the drivers are added as taxpayers to the system.

The two main reasons people choose Uber are: they consider the service safe and they want to avoid driving after consuming alcohol [1]. If we add up the increasing number of accidents caused by the use of cell phones while driving, the potential for reducing traffic fatalities could be huge. Even though cell phone use while driving is banned in most states, more than half of all traffic accidents in the United States involve cell phone use [5].

Although in the United States cars are only used 4% of any given day, the average cars per household in this country is 2.2 cars. Moreover, 20% of households have 3 or more cars [1].

For a single person, the cost of owning a car is much higher than the cost of using a car service. Fixed costs include taxes, maintenance (periodic reviews, spare parts), financing (credit), fuel, insurance and depreciation (cars lose 50% of their value in the first 3 years [6]). These inherent costs of car ownership don’t include other expenses such as tolls, parking fees, and traffic tickets.

The risks of theft, kidnappings and other factors related to owning a car (especially a high-end brand) are reduced substantially.

9. Change in habits in the younger generations

In the U.S. the percentage of people (16-44 years) with licenses has dropped to 77% from 92% in 1982. In addition, young people are more likely to share a ride and are not willing go through the headaches of car ownership [1].

This time could be spent more enjoyably or productively. According to statistics, people spend 21 hours a month on Facebook and Spotify respectively, and 13 hours on Instagram and Snapchat [1].

Do NOT follow this link or you will be banned from the site!